I wrote this while on the way back from a beautiful long weekend on the Greek Island of Corfu. In many ways the trip went as expected – my boyfriend Fred, slept next to me on the flight whilst children cried loudly around us, I got covered in insect bites and of course, our flight was delayed. Common holiday things in my book. However, Corfu as a whole took me by surprise and we had a wonderful time.

I’ve been to Crete before but no other Greek Islands and so I had simple expectations of just nice beaches/warm weather. Yes, it does have those but I must say, there is a lot more here too. 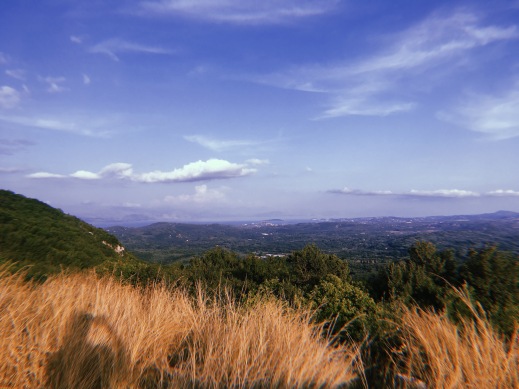 We stayed in Villa De Loulia which is genuinely one of the loveliest places I have ever stayed. It was the first weekend away with my boyfriend where it was just the two of us and it was just right.

It’s a large villa with a pool, not far from the sea (500m), with free parking situated in Northern Corfu (most of the places we visited as a result of this were in the North of the island).

Double rooms are rented out individually and you have a key to your own door – you don’t have to walk through any shared spaces other than the outside. We did pass by a couple of other people that were staying there, but at no point when we were using the pool or seating areas outside were we joined by anyone else. It felt like our own private villa and writing about it here actually feels like giving away a secret. I would more than happily return here if I ever came back to Corfu.

We picked up a car from Avis which was the cheapest option in terms of getting to our accommodation and getting about a bit (it was £85 for 3 days hire). It worked out well because we could drive anywhere we wanted and not have to wait for transport or pay the extortionate taxi fares. The only issue with the hire car was driving in Corfu itself – the roads are MENTAL. There are no road markings most of the time, pot holes everywhere, people drive at whatever speed they want, wherever they want. It’s fairly treacherous and not for the faint of heart. If you want a wholly relaxing trip I do not in any way recommend driving. Dogs and cats regularly run out into the road and sometimes, for some reason, run alongside the vehicle for a bit.

Nevertheless we got away unscathed and made it to a fair few beautiful beaches. As we arrived at midday on our first day, we only really had two full days here which we decided to fill up with beach-ing. Fred is a big fan of snorkelling so the reason for visiting a couple of these was because of that: 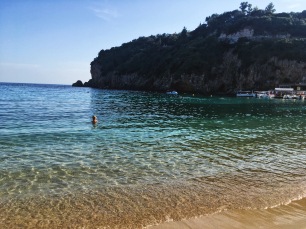 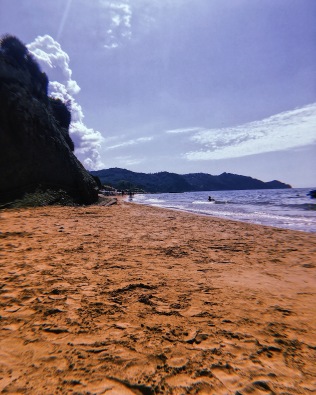 I don’t know if it was the hot weather or what, but we didn’t really eat that much this holiday. We bought snacks for the car and a few beers for the room, then pretty much stuck to long, late lunches / early dinners. The best places we did eat our few meals at were:

The only things I would say in general is that while we were in Corfu, there was a big rubbish problem and there were wasps everywhere. Twice while eating we had a big problem with them at our table. The staff were always helpful and prepared to move us but it wasn’t always particularly relaxing!

Also, the airport is not particularly pleasant. It was cramped, busy and completely lacked any organisation. Make sure you get there early on your return flight because it takes a while to get through security! 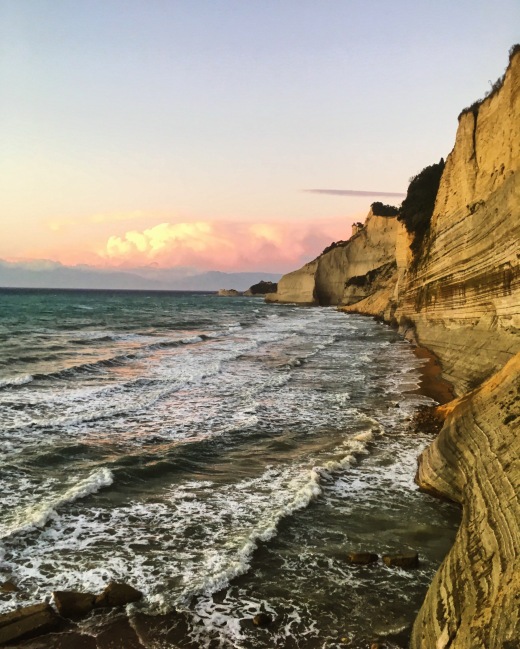 All in all, it was a lovely trip. Short but sweet. Like anything good, it left us wanting more. It was a good temperature the entire time there, roughly about 30, so yes I got sunburnt but that was only because I was able to cope with actually lying in the sun for more than 3 minutes.

Now I’m in Toronto, its late 30’s again which is very strange however I am yet to get sunburnt. If anything, I’m ready to put a jumper on and settle into fall weather!

2 thoughts on “A WEEKEND IN CORFU | GREECE”