I wrote just the other day about an evening adventure my boyfriend and I had in London (going up St Paul’s Cathedral / eating at Barbecoa). Well, the local fun did not stop with just that day.

Only a week later, we both happened to have the same day off (a Thursday) so decided to make the most of it and check off a few more places we had been meaning to get to.

First stop, which I was very excited about was Harrods Food Hall – personally I’ve been a bunch of times but it blew my mind to find out that Fred had never been. I’m not sure what he expected but I think he had a good time. We did the general tourist thing of looking at price tags and then stepping back in surprise, then went on a hunt for something we could actually afford.

I offered to get Fred a fancy cake but he turned it down in favour of a £4.50 sausage roll. I got a pastel de nata. Not exactly caviar but they were still damn good. Well actually, Fred said he had a better sausage roll at the Brighton Sausage Company recently, so take that Harrods. 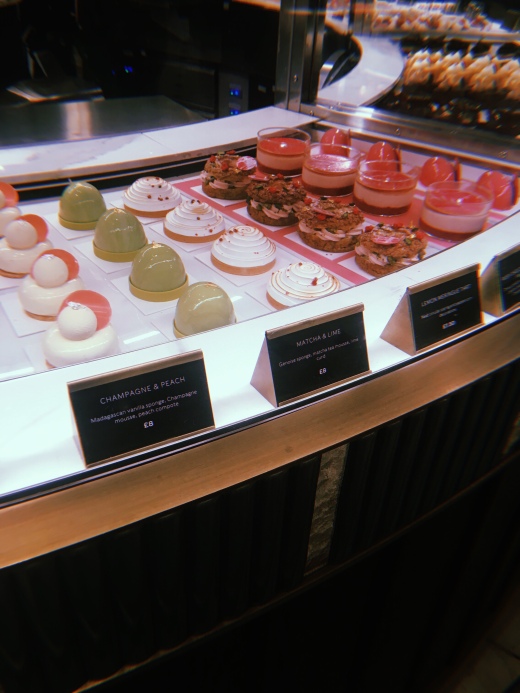 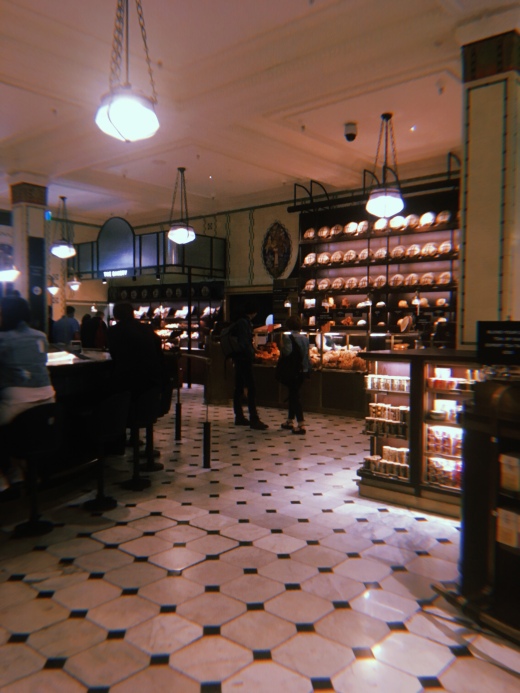 After gawking at all the exotic foods, we moved on to gawking at the weird and wonderful world of the rest of Harrods, including the Egyptian themed escalators and tiny household decorations that cost more than a years salary.

Next up, was the London Transport Museum. I’d been once before but was equally excited to visit again with Fred. We’re both huge transport nerds so a good place to visit together, where we’re able to talk about old rail networks, moquette and the differences in older rail carriages to our hearts content. 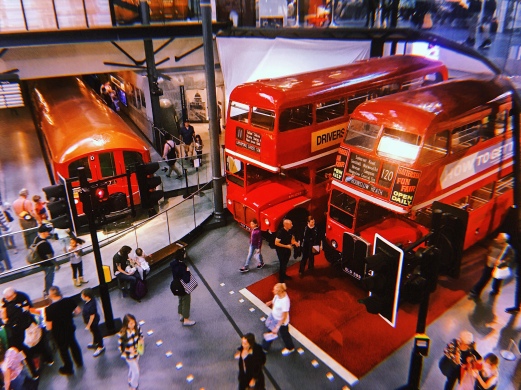 I’ll point out though, it is a super child friendly museum. It’s quite heavily aimed at them in fact and as it was the summer holidays they kind of had the run of the place. If I was to go again, I would definitely go outside of these times but we still had a nice time.

If you’re too cheap to pay to go in the museum (the ticket lasts for a year by the way, so it’s quite good value if you’re planning on going again), the gift shop is a thing to behold in itself with rail and London souvenirs in abundance. I could have spent so much money in that shop, including a lottaaa money on a moquette sofa.

Once we were bussed out, we stopped by the Hayward Gallery on the Southbank to see the Lee Bul exhibit. It’s finished now but it was a really fun exhibition with a lot of mixed media and really big, interesting sculptures. Plus of course, the mirrored walkway that has been all over everyone’s Instagram. 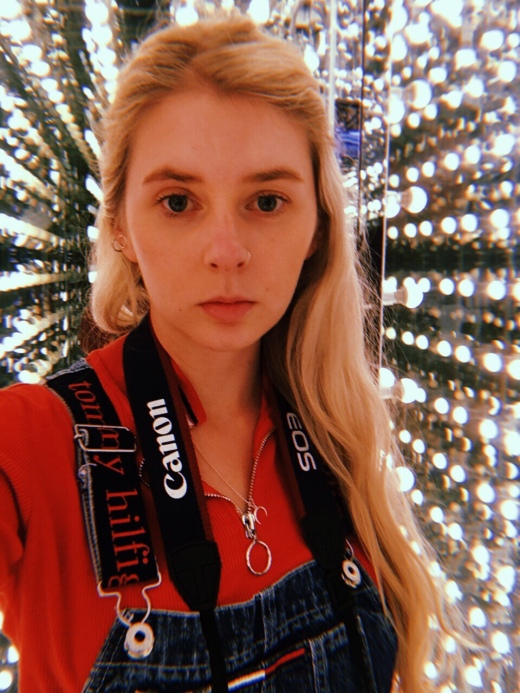 Finally, we jumped on the tube to The Shard and got the lift up to Oblix – top tip, entrance to the bars/ restaurants in the Shard are free and for a drink, you don’t tend to need a reservation. You may be turned away if you’re dressed too casually but I think you’re safe as long as you’re not wearing a tracksuit and dirty trainers. 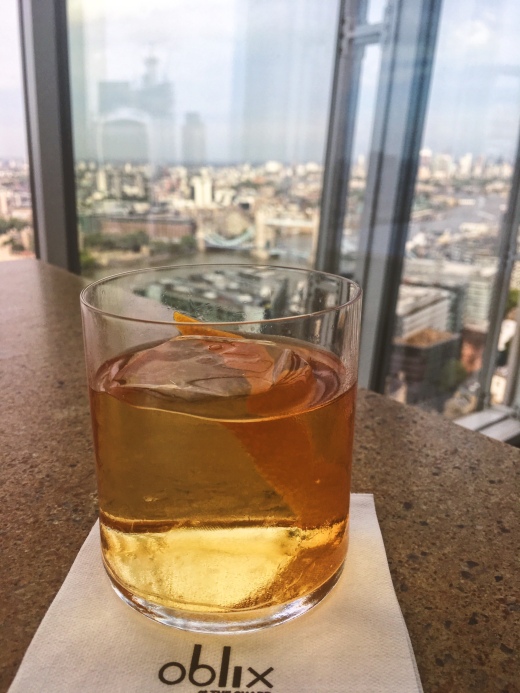 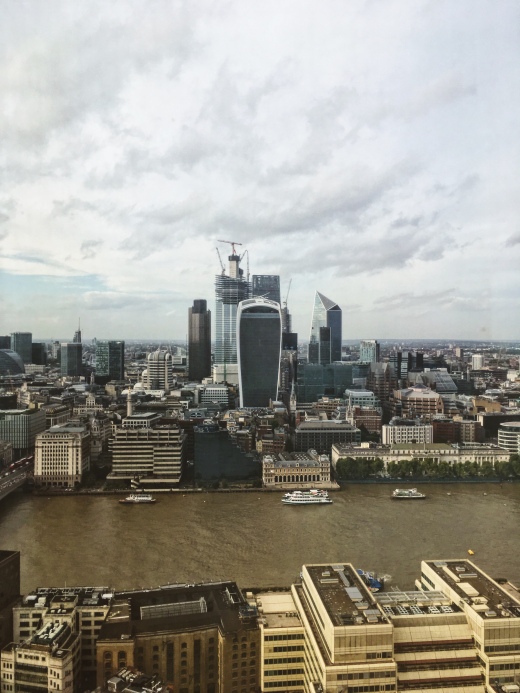 We were quite lucky in that it was quiet when we got up there, so got seats right by the window, which in a few hours were highly coveted.

Actually in general, it was literally quite quiet. The difference between being on street level and however many floors up is really noticeable – there’s no street noise or busyness, it’s quite serene really.

We had two drinks up there which were a few pounds more than you would pay in a regular bar but not extortionate. I expected them to be more for the location, in all honesty. It’s the same as going to any fancy bar in London, really. It may seem like a shock if you’re coming from outside the city I suppose because prices are inflated in London but from the perspective of a Londoner I would say it’s not too bad.

We were a bit hungry after this and didn’t fancy the menu up there, so went back down and wandered round to Katzenjammers, an old German beer hall set in big tunnels underground near Borough Market. It’s free entrance and good fun. The last time I went they had an oompa band on but they didn’t this time. It was still crazy loud though; if you’re looking for a quiet drink, katzenjammers isn’t the place. If you’re looking for a giant stein to drink, it’s got everything you need.

It was a day of two halves really, fancy and informative, which made for a really nice and quite different day out. If you’re in London for a few days, I would recommend doing it by area – these activities weren’t close to each other, but all of them were really good fun and worth a visit.

Ps Hamilton and I move to Toronto tomorrow morning, which is madness! The posts will soon become a lot more Canadian oriented but for now, it’s lovely to look back on the last few months in London.

3 thoughts on “A DAY OUT IN LONDON | WEEKEND WANDERING”