Sadly, this post is not centred around one countrified christmas museum, or tour, or event or anything. Because if so, I would probably be there every single day.

It is about a damn good day though;last Sunday, when Naomi, Hamilton and I took advantage of lots of different things happening at the same time in London: the Wildlife Photographer of the Year exhibition, Striking Matches playing at Shepherds Bush, and… Christmas (to be specific, what the department stores have going on for the festive season).

Our first stop, was The Wildlife Photographer of the Year 2015-2016 exhibition.

It opened last month at the Natural History Museum and runs until April 10th next year. It was my first time at the exhibition (it runs every year – the 2014 exhibit is still touring, I believe), and I loved it. It’s just the right size for a few hours of browsing, which keeps kids and adults alike engaged, and there is a wide variety of topics to feast your eyes, including documentary, young photographers, nature’s patterns, and more. I absolutely loved seeing the young photographer’s entries, and can’t wait to see what they produce in the future. I swear they have more talent than I ever will! (And nicer cameras)

All the photos were presented beautifully; in a dark room, lit from behind, so the entire focus was on them. It was a Sunday and so yes, it was busy and you had to be patient when walking around, but it was a large space and the content is definitely worth the wait. I was going to post some of the photos, but honestly just go and see for yourself – I don’t want to spoil it for you. Also, of course no photos are allowed inside.

I’m not sure which photograph was my favourite, probably one of the landscapes, but we did have opinions on every one so in itself you know the photographs are something to see. The argument ‘What is art?’ seems particularly relevant here; with every trip to a gallery, discussing the pieces (in whispers) is definitely one of my favourite parts. Maybe even, a comical comment or two may get thrown in.

Though apparently it seems, suggesting hashtags for photographs, is not always acceptable. Especially from the older generations perspective… There’s potential I said “#UrbanFox” and was subject to a deadly glare from a nearby visitor. You know what though, I’d say it again. Some people give out glares way, way too easily.

Anyway, my main tip for visiting, would be to buy your ticket in advance. It’s always busy trying to get into either the science or history museum on a weekend, as they’re free and that’s when parents tend to take their kids, and even more so when there is an exhibition on. It doesn’t save you any money to my knowledge, but it does mean you have a set time for entry, and you can skip the queues. And with Winter’s arrival, that absolutely made my day – who wants to stand outside in the freezing cold, when you can be inside looking at pictures of leopards? Also, don’t forget that once you’ve seen the exhibition, there’s still a whole museum to explore! (Which we of course did)

Next up, was Harrods and Selfridges:

Christmas is slowly taking over. And you know what? I love it. It’s getting cold out, the adverts are here and singing Christmas songs is finally, at least a little bit acceptable. It’s not quite December yet, so I’m holding back on wearing my Christmas Knit (And believe me, it’s one hell of a cardigan) but it won’t be long. In London, its truly and properly arrived: the window displays are in and the lights are up (though correct me if I’m wrong, the Oxford Street lights look realll similar to last years).

Those are the positives… The negatives are that somehow the streets are about to get EVEN busier. Something you wouldn’t necessarily think was possible.

Hence, we decided to go now to do our best to beat the crowds. Spoiler: we didn’t beat them. It’s not half as bad as it’s going to be, but dawdling behind ignorant people in department stores is not that much fun. Basically, if you want to go and have a wander round Harrods and stare at the window displays… Do it now. Unless you want to be trapped in sparkly, christmassy, hell.

It’s not a long walk between South Kensington, and Knightsbridge (from the museum to Harrods), so I’d recommend doing that rather than fussing with the tubes, unless it’s too chilly out, in which case I wouldn’t blame you.

Even if it is a bit nippy, before running into the warm make sure you have a good gander at the Windows; this year’s theme for Harrods Christmas is Mice, so the window displays are cute and puppety and the music makes you feel sparkly and light like a ballerina (Well, thats how it made me feel anyhow).

Once you’re inside a whole new world awaits; we spent a good few hours wandering round, ogling over chocolate and tea displays, gaping at the Egyptian escalators and being downright disgusted by the prices of certain things. I mean, £80 for a bauble. Nah mate.  It’s fun though, and there are some bits and pieces in a peasant like myself’s price range. Otherwise seeing how the other half live is entertainment in itself. 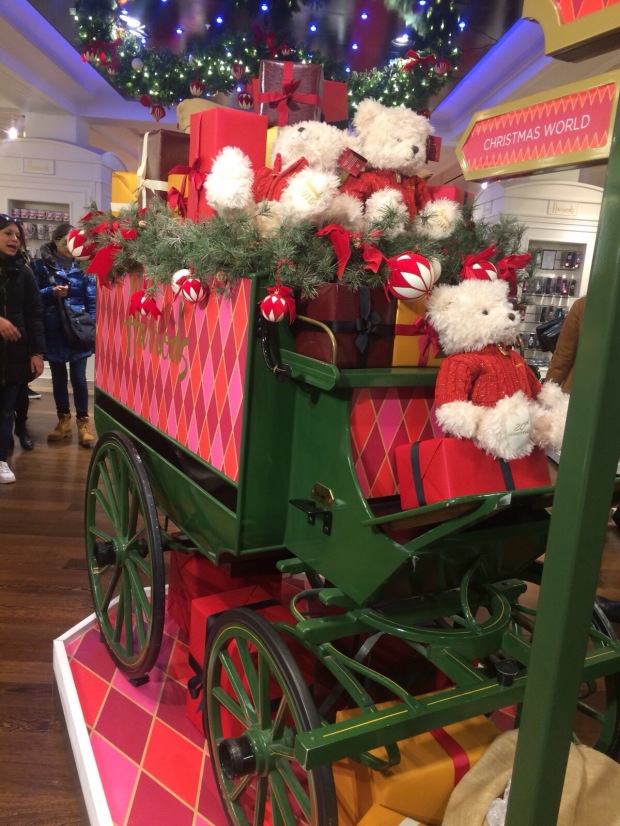 Once we managed to pick our jaws up, we got the tube over to Oxford Street and wandered down to Selfridges, where their displays were… Interesting. On a zodiac theme, with giant planets and zodiac symbols dotted around, they’re not quite on the same wavelength as Harrods, but they’re pretty cool; I would never have expected it, but I suppose thats what makes it memorable. We did have a bit of a wander but it was quite late by this point, so we spent most of our time in the soft toy section. 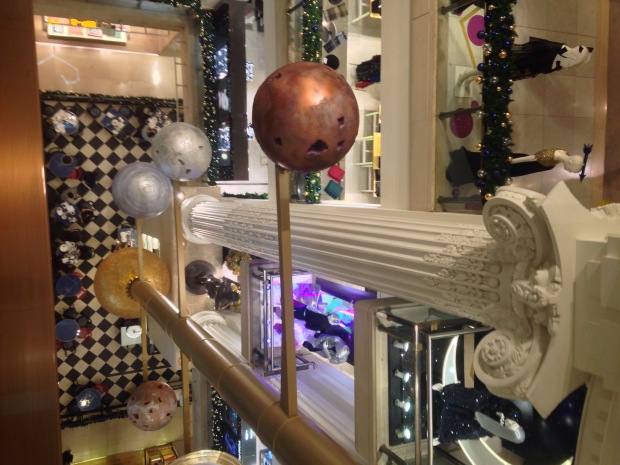 Overall Christmas in London is LOVELY and visiting the department store windows is a worthwhile experience, but maybe picking and choosing your visit time aka during the week, will work out better for your sanity. (Unless you have the patience of a saint)

Our last stop of the day, was the Striking Matches gig, with support from John and Jacob. Obviously it’s not an every day London occurrence so I won’t go into too much detail. All I’ll say is if you like country music and / or the TV show Nashville, and you have the chance to see either of them, leap at it. I’ve seen them both before, and they only seem to have gotten better. 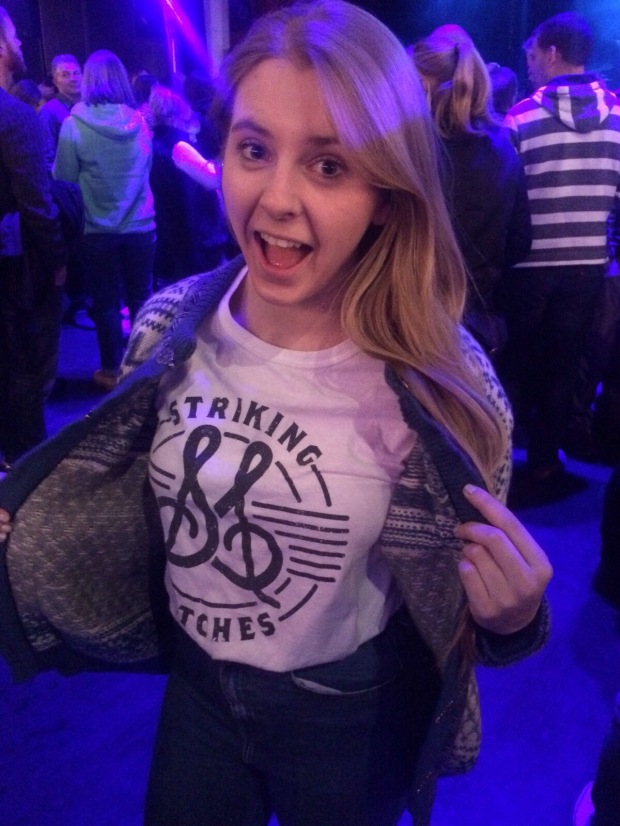 Look them both up now and do something nice for your ears.