After a long day of flights, hikes and country music, ending in a damn good sleep in a hotel in Banff, we woke up ready for more…

We got up bright and early, getting straight back into our active wear (as you do in Banff) and made our way over to the stables, which are just on the outskirts of town, where we had a morning trek booked. 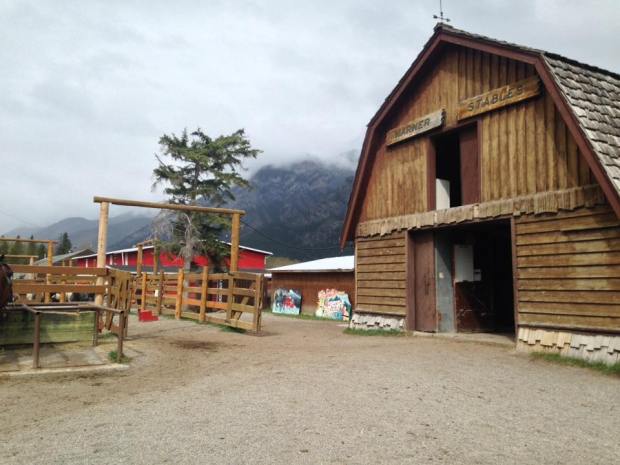 Upon arrival they asked whether or not we had ridden horses before (we both had), checked that we weren’t severely obese (thankfully we weren’t considered so) and then were allowed to wander round to meet some of the horses before starting the trek.

At this point I very nearly ended up on the back of the crazy horse that refused to be tied up (I obviously seemed like I knew what I was doing), but thankfully he got a little too mental just before I got on, and they decided to give me Casper instead. I’m not one to back down when offered a challenge, but I have to say I was a little relieved to be given an easy out for that one! I used to ride when I was younger, but I’m no expert! 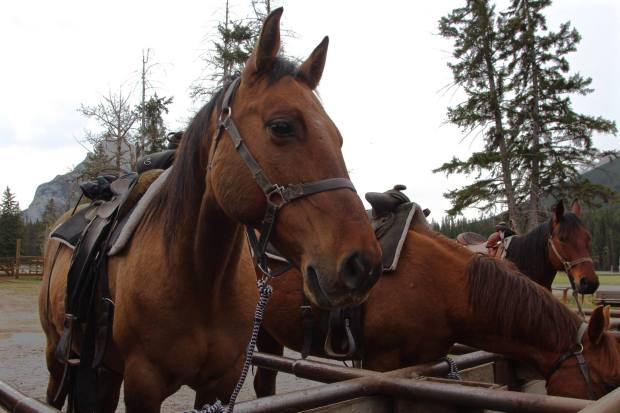 We were booked on to a group hike, but in the end got lucky and it ended up just being my Mum and I (plus an amazing leader). I cannot remember the girl’s name for the life of me, but she was awesome. She was an Australian girl, only about 18/19, born and raised in the outback where her family had a business training wild horses. She got into a bunch of colleges, but decided to take a gap year with her boyfriend, and travel around Canada working with horses. The horse trek was only a couple of hours long, but I could have listened to her talk for hours. An inspiration and a half.

The trek itself went around beautiful scenery, and we saw lots of wildlife, and heard stories about the National Park, bears and all the people that have lived around there. As it was April, I can’t deny it was kind of freezing, but thankfully I had my North Face jacket on and a large wooly hat, plus a huge horse to keep me warm, so it was very pleasant.

I couldn’t recommend doing something like that more – a great way to see the area, and genuinely really fun. As long as you like horses, that is. Apparently they often have jobs for horsey people too, so if you classify yourself as one, I can imagine it’s a great place to spend a summer.

After this, we had a chilled day wandering around Banff, before jumping in a taxi and making our way up to our next destination…