The recent cold and fog has given me some mountain vibes; I’ve been skiing since I was 5, mostly in Europe and once in America. You could even say skiing is in my blood, I mean it’s pretty much the reason for my existence… Without it my parents wouldn’t have met whilst in Soll, Austria.

I’m not going skiing year, but that doesn’t stop me dreaming/reminiscing; I thought I’d put together a little list of my favourite ski areas so far, and those that I would love to visit

There’s something quite magical about the mountains; the beautiful views, the picturesque wooden chalets and the clean, fresh air. Good restaurants, lively bars, great skiing and a warm atmosphere can make all the difference in making a place memorable. The below are perfect examples of this.

Now, before I begin, I must say these are compiled simply from the places I have personally been to – I know there are a lot more options out there. Plus, this means all of that listed comes from my memories – it might not be correct at time of reading. The trips were taken between 17 and 2 years ago, so a lot may have happened in between! Look at the plot of Hot Tub Time Machine, for instance. (A surprisingly good film, considering the title). PS This includes the ones I’m pining after; I’ve been dreaming about visiting them for a lonnggg time. Please don’t break my heart and tell me they aren’t what I think.

Also, no, I’m not posh/rich. Just thought I’d point that out.

If you’re a first time skier looking for tips, the main advice I have to offer is:

If you’re not new, maybe you can let me know where your favourite places are?

FAVOURITE PLACE I’VE BEEN TO

A large resort near Bourg St Maurice, first opened in 1968 that has been growing ever since. It’s made up of several different resorts at varying altitudes.

Positives – amazing food, ski runs and a large selection of amenities. Negatives – it’s purpose built, and ever so slightly theme park like, which makes it expensive for what it is. 1850 is the best of them in my opinion.

Part of the three valleys (Meribel, Val Thorens and Courchevel), which makes for a massive ski area. Meribel is known to be icy, but has the best nightlife. Val Thoren has a glacier, so you’re always set for snow and there’s a lot of ski in, ski out options. Courchevel has great skiing, and a big activity centre great for families. Overall it’s a bitchin place to be.

I was quite young when I went to Saalbach – you can guess how young I was, in that our instructor was called Hans and I misheard it as pants, and was kept entertained for the rest of the holiday. It’s the largest resort in Austria, so is full of things to do and fantastic runs, including a crazy long black run that is great fun.

I was lucky enough to go to Utah as part of a trip in secondary school. This in fact means that Utah is the only US stated I’ve visited twice, which is a bit strange, I know. I’m used to staying within the resort, but for monetary reasons we stayed down the bottom of the mountain and made our way up each day via a series of lifts, and it didn’t bother me at all. The weather was superb, the location gorgeous (The trees were sublime) and again, a million and one runs to keep yourself occupied with. They all had fantastically terrifying names from what I can remember too.

And in first place is the one I’ve been to the most; 4 maybe 5 times. I’ve always stayed in Val Claret which is the slightly higher resort, but been to a few bars and New Years Eve parties at Le Lac. I will never forget one year seeing David Guetta play, whilst stood on the frozen lake, in a blizzard with thousands of other people dancing away… My god, Tignes knows how to throw a good party.

I’ve also been on University ski trips (Great for pub crawling) and with my family from a young age until closer to now (Ski school is fab, and there are loads of things for families). Overall there are loads of amenities and it’s good on a budget (well, a skiers budget, which is never really what you would call affordable – I certainly can’t).

If you’re not on a budget and after something a little more luxury though, just down the road is the exclusive Val D’Isere. You can walk, bus, drive, cable car, or ski down to it. Be warned, dependent on where you’re coming from there are two runs very close together that take you down. One is a blue and one is a black (known as the wall) and it can be quite easy to get confused between the two of them in bad weather! Also, restaurants closer to the slope are more expensive. 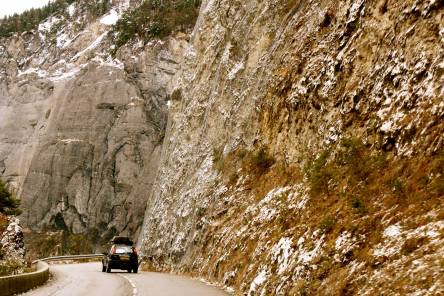 I’ve never been to Switzerland but I’ve heard it’s GORGEOUS. My dad brought me back a t shirt and tales of how it was so safe, no one locked their doors, when I was young and I’ve wanted to go ever since. As always, great skiing and a welcoming atmosphere puts it on my list. I don’t think the nightlife is wild, but it sounds like a beaut retreat.

Known for lots of busy nightlife, in a friendly resort, with a good lift system and good off piste when the conditions are right. Plus it gets my Dad’s seal of approval, which is something I would always take on board.

I went to Lillehammer in the summer of last year and have seen dozens of pictures of it in winter, and it looks spectacular. Obviously it was once the host of the Winter Olympics, and it has a superb Olympic museum. As part of it they even have a bobsleigh run, which I didn’t get the chance to try out and have been dreaming of ever since. Norway is expensive, but they’re well set up for skiing and the scenery is unreal.

Do I need to say anything? Canada is famous for skiing, and super friendly people. Most European resorts in all honesty aren’t the friendliest, so in my head Whistler is a dream location.

Telluride is another one I’ve been to in summer, but not winter (though it was freezing cold in my tent), and it’s not too far from the famous Aspen. It’s crazy picturesque, with plenty of cool people and things to do. I haven’t been to Aspen, but a good family friend of ours (An English Guy) taught out there for years (often the rich and famous), and raved about it.

Thanks for reading! Keep a look out the rest of this week for more Winter posts, plus some bonfire night memories.