Naomi is so excited she’s currently dancing. We’ve just moved hotels so we’re closer to where the group meets in the morning. Well, that was the intention. We’ve just realised we’re next to the wrong Hilton. Slaps on the back all round.

Anyways. Today we went back to the empire state building because they took my tripod away from me last night (I think they thought it would give me an advantage over the others) and I had to get it back.

There was a very sweet security guard behind the desk that was intrigued by our Britishness. Especially when we high fived after hearing Murray won Wimbledon. He asked if he’d won the US open. Deary me.

He said he just had to stand there for 12 hours a day. He sounded like he loved his job.

After that we went on a boat to the Statue of Liberty. Which was lavely.

We’ve seen some wonderful things whilst here in NYC. A lady with a massive face, some rappers that sold Naomi a cd (even though she doesn’t have a cd player…) and many more exciting people. The barista singing in Starbucks was my fave.

Tonight we’re probably just going to chill and sort stuff out for tomorrow. Paint our nails, have a bath, do our hair – you know, girl stuff (separately).

We have separate beds here so we might jump on the beds and have a pillow fight too. (girl stuff)

Now for our last night in propa beds. 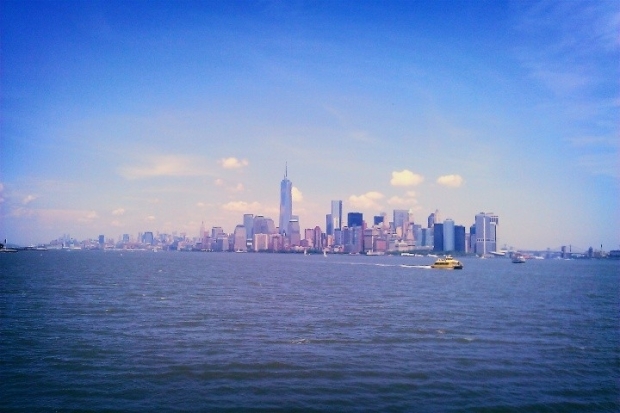