After our accidental 12 hour sleep, we awoke for our first full day in Berlin.

We were pretty damn hungry seeing as we’d missed dinner the night before, so got up, got showered and dressed, then headed out onto the streets of Mitte, where we were staying. We’d noticed a health food cafe just down the road, so made a bee line for there, and got breakfast amongst a strange crowd of recognisable voices; those of English Lads.

That’s right, we’d somehow managed to find the only stag do in Berlin whose focus was on the healthy option. Or, more likely, a group of guys too hungover to read the sign of the place that had food.

There were quite a lot of stag do’s (bachelor parties) in Berlin. More so than I expected, if I’m honest. I thought most people went to Kos or Magaluf, or another destination that revolved around hot weather and cheap booze. Judging from the conversation these guys were having, they were going sight seeing, so good for them I guess. Take the road less traveled.

Anyway, back to Berlin.

As we were also there to sightsee, we headed to a place with a name we couldn’t ignore; museum island. Treasure island, for nerds, basically. It’s classified as a UNESCO World Heritage Site, and hosts five museums; The Pergamon Museum, The Bode Museum, The Neues Museum, The Alte Nationalgalerie and The Alte Museum.

We’d read that The Pergamon was a visitor favourite, and judging by the big queue that information was correct, so we did the British thing and went straight to the back of the line, the whole time wondering whether or not we were meant to have tickets at this point – Germany, please upgrade your signs. For real. Half the time I had no clue where I was going, what I was seeing and what I was meant to do.

It’s not that they were just in German and I was being ignorant by the way; Naomi and I both speak (very basic) German, and the signs just didn’t exist. We had to rely on our common sense, which thankfully this time took us in the right direction, but easily could have gone the other way.

Turns out you can buy tickets inside, and there is such a thing as a 3 day museum pass that costs €24. Or if you’re under 18, you get in for free.

Seeing as we hadn’t had much time to research this trip; we sort of took people’s blind recommendations and went for it on a wing and a prayer; we had no idea what was in the Pergamon. Turns out it has full size antiquities from Babylon, and other historic sites, that were taken by German historians at one point or another. Which was pretty cool to see. Especially because the museum wasn’t actually that busy; the queue was large because they regulated the amount of people that went in… Good job, Berlin.

I will at this point note though, that they are good at order. But not good at providing seating. Nearly every museum I’ve ever been in is full of seating, partially so you can rest, but also so you can look at things from a seated position. But no, no seating for you.

I even noticed there was one sign in the line outside. That just said ‘no sitting down’.

Basically, unless you’re fit enough to handle the museums, you’re not allowed to see everything.

After a pleasant walk around there (only one wing is open, so it wasn’t that long a visit), we moved on to the National Gallery, which holds works by many German artists which I’m afraid to admit I had never heard of. But also a fair amount of Impressionist artwork, which I was pleased with. Can’t beat a bit of Manet.

In the afternoon, we decided to embark on a 4 hour walking tour. I’ve said it before, and I’ve said it again, walking tours are one of the best ways to get to know a city. Even if you’ve been there before.

The people taking the tours are generally very good, and love questions because they do the same tour day in day out. You don’t fly by places like you might do on a bus, or boat tour (I think cycle tours are equally as good as walking – unless it rains).

4 hours seemed long, but there is so much to fit in in Berlin – you can physically see the history of so many important events right in front of you, and honestly, we didn’t feel like we knew all that much. Or at least, as much as we should.

The tour we did was called the ‘Famous Insider Walk‘ and it cost only €10 with our welcome card. Which is probably the best value tour ever. You don’t have to book on before hand, you can just turn up on the day and join in. It can mean there’s a big crowd, but that’s not a problem. 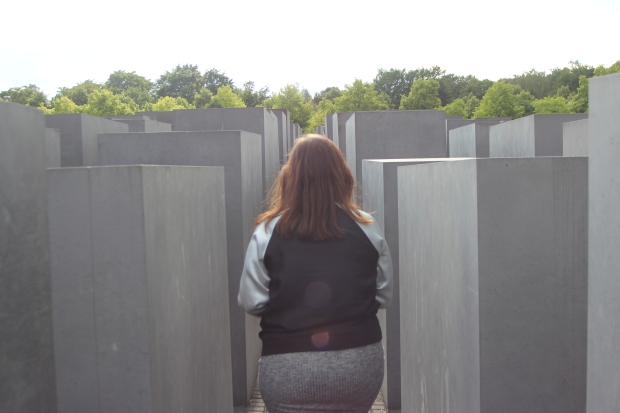 It would take a long time (roughly 4 hours) for me to go through everything we did on the tour, but I will say that I learnt a hell of a lot and genuinely got quite emotional at points. Our tour guide was called Michael and he was probably the most British person I’d ever met. He was very engaging, and funny, and did an excellent job of telling relevant stories.

The highlights of the tour for me were:

If you’re going to Berlin, make this tour a priority. It seems long, but I promise it will go by in a flash. But, yeh, Berlin isn’t big on sitting down so ensure you’re wearing comfortable shoes.

After the tour, our feet were pretty dead, so we did wander around a little bit, but ended up grabbing an iced tea and jumping on the U-Bahn back to our hotel where we drank some beer and got ready, before going back out to a bar with the fantastically meta name ‘The Pub‘ where we drank more beer (you can even pull it yourself, which is pretty cool) and ate all the chicken, before retiring to the nests we had created in our 12 hour sleeping period.

So, yeh, a pretty busy day all in all! Hopefully this has given you some Berlinspiration, as to just how much you can fit in, when you visit.

The next day (Sunday) was our last, as we were flying home. But it’s amazing how much you can fit in before 3pm.

2 thoughts on “NO SITTING DOWN | BERLIN | WEEKEND WANDERING”