Sweden is beautiful. In all senses. The people, the place, the food.

I’m sure this is something I probably said about Norway last year, as I found Stockholm (surprise, surprise) to be almost an amalgamation of the different places I visited whilst road tripping around Norway.

Due to work commitments, we only had 3 days in Stockholm and as always, I’ve been left with a taste for more. Seeing as we only had two days and being the incredibly meticulous travel planner I am, I researched everything I possibly could about what to do, where to eat, how to get from place to place… I must say, it really paid off.

It didn’t cost us that much to get to Sweden, nor for our hotel, as it’s not peak season for visiting. This did mean that we had to work around opening times of museums etc, but after the debacle of going to Norway and not being able to go to half the places because they were closed, this was top of my list of research.

This meant that in the time we were there (left Friday morning, arrived in the afternoon – we flew into Skansa airport, which meant we were a good 90 minutes from the city and had to get the bus, and then we had one full day on Saturday, and a half day on Sunday before flying back), we had to make sure we made the most out of our time.

We managed to go to about 6 museums, a bunch of restaurants/cafes, ride the metro, visit the palace, see parliament… Everything on the lists of things to do. Yes, we probably could have spent a little more time in each place but I still really enjoyed what we did get to see.

We stayed quite central, by the train station, which was great as it’s quite large on the map (I am terrible at map reading) and we always had an easy way of figuring out where we were. We stayed in a Radisson blu – I would normally air bnb, or find an independent hotel, but there was an offer on and as we were there for such a short time it did make life easy. Though I will say, I am not a fan of the large scale hotels. It was very clean, had lots of facilities and the staff were very helpful, but it did lack the charm that other places do. We stayed at the Viking Hotel, which was huge. It was quite new and had a very modern feel to it, there were also a lot of rooms, and it did make it all feel a little compartmentalised, as it was obvious all the rooms were exactly the same.

So basically, I would recommend an independent! They might not be as pristine, but they’re usually more fun.

Before we went, we bought Stockholm passes which are definitely worth investing in. I’ve bought them before in New York and Dublin, and have always saved me money: basically, you buy the card, and then get free entry to attractions around the city/get discounts for restaurants, travel and more.

On the Saturday, we wandered round the corner to a bakery called ‘Vete Katten’ which I had read a lot of good things about, and was not disappointed. I am actually intending on learning to make Swedish pastries now I’m back, and the last time I was in London headed straight to the Swedish bakery in Covent Garden because I craved it so much! Thinking about it is making me hungry already. I think there’s a Scandic Bakery down the road in Brighton now I think of it… 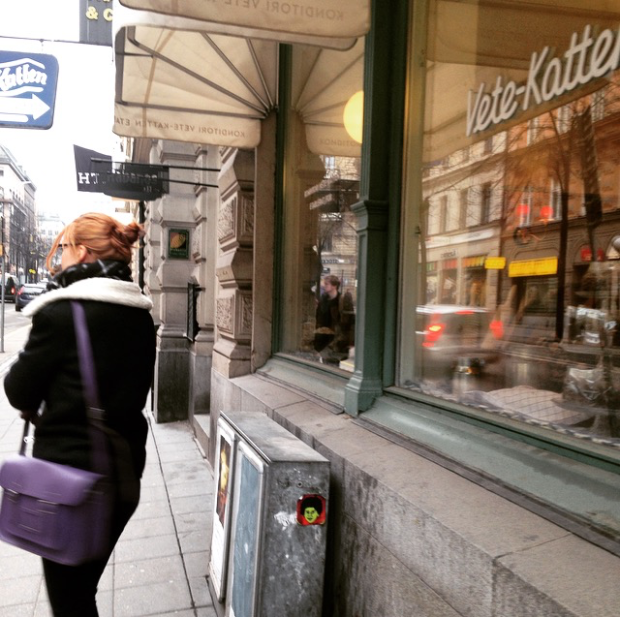 After this we went to Djurgarden, stopping off at the opera house on the way for a gander and a little stroll through the shopping district. To get there you also walk past a gorgeous port and then walk over a bridge to get to the island. We went to the Cultural Museum, the Vasa Museum and Skansen, all of which were included in the pass.

The cultural museum is a large building, that has exhibits about all of the different parts of Norwegian life: food, fashion, holidays… It was really well laid out, had a lot in English and was very visual. We were only there for about an hour, but you could easily spend half a day there. 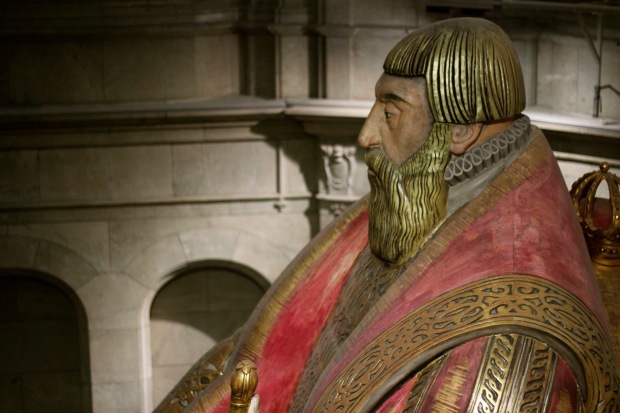 After that, we took the 2 minute journey to the Vasa Museum, which is basically, a huge boat. Well, there’s a much more interesting story behind it, in that it was a boat that sank in Stockholm’s harbour and was incredibly carefully and arduously lifted from the sea bed and pieced back together for the museum. It was amazing to look at, as it really is huge, and there were some interesting exhibits, such as a mock up of what it was like on board, but to be honest, I’m glad we had the Stockholm pass and didn’t pay full price. It’s definitely worth seeing as it is an important event in Stockholm’s past, but you can get round the place in around an hour. 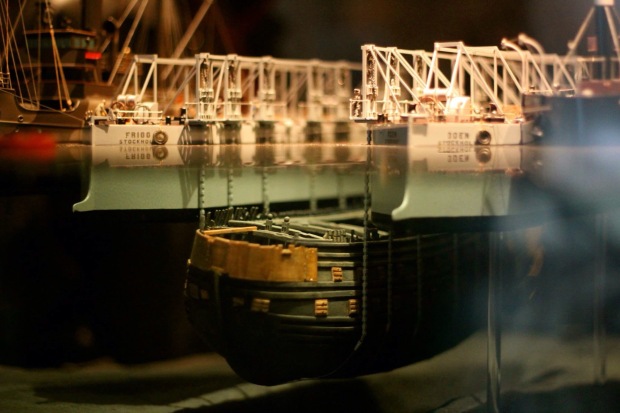 As I said before, we really wanted to make the most of our time, so straight after this, we headed to Skansen – an outdoor museum. Probably not the best choice seeing as it was February! It’s advertised to have lots of animals, people in cultural dress, mock ups of different buildings from their culture and history… and Yes, it does have those things. It’s open all year round. But honestly, it’s one of the strangest places I have ever been to. It’s like a ghost town.

It was incredibly empty, and huge. Everyone that was there seemed a bit confused as to why they were. It’s mostly a family place, but still worth a visit. A special highlight of mine was inside the aquarium, where you can walk through a jungle like space where monkeys roam free. That’s right. MONKEYS. Completely unexpected and oddly terrifying. But an experience nonetheless. 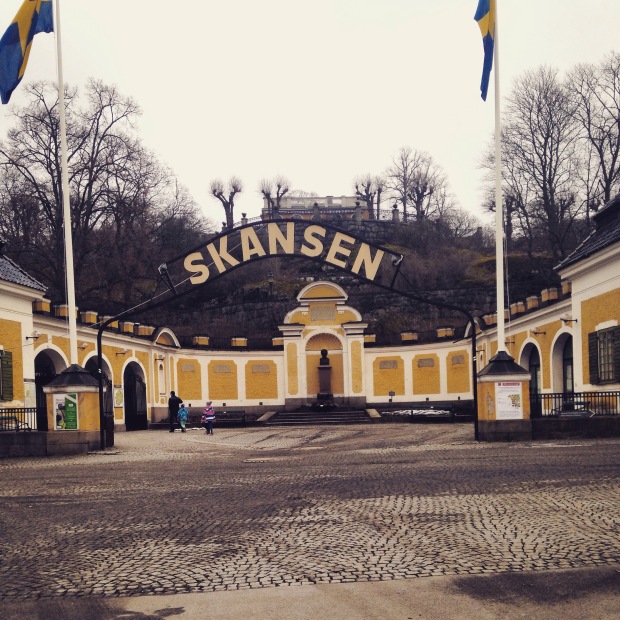 By this point, we were quite far away from the hotel, tired and very cold. My fitness tracker said we walked about 6 miles… But we weren’t done yet! We went to dinner at a place called Pocket, which was advertised to have traditional Swedish food, but I would describe it more as modern European food. As Swedish prices go, it was very reasonable and the food was gorgeous. I had lamb with ratatouille, and wish I could eat it again and again. They were very friendly and as with all the other people we experienced, spoke perfect English. 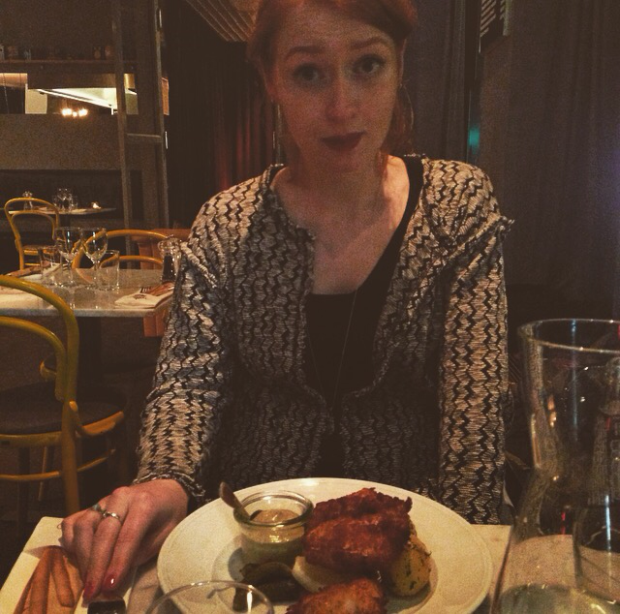 As with every Scandinavian trip of mine, I very much enjoyed the fact that because I am blonde everyone assumes I am a native and tended to speak to me in Swedish. I always find this a huge compliment seeing as they are all incredibly beautiful, but I do think my short stature tipped them off and meant they weren’t that surprised I’m British! I soon learnt that ‘tak’ means thank you/please and managed to say that in response. Learning Swedish is definitely now on my to do list!

That evening, we went down to Skeppsholmen, where there were some good sunset views across to Gamla stan and the palace. Then went to the modern art museum, which was such a fun place. Room to room there were so many unexpected things and a highlight of an evening. It’s open late so worth a visit at the end of the day. 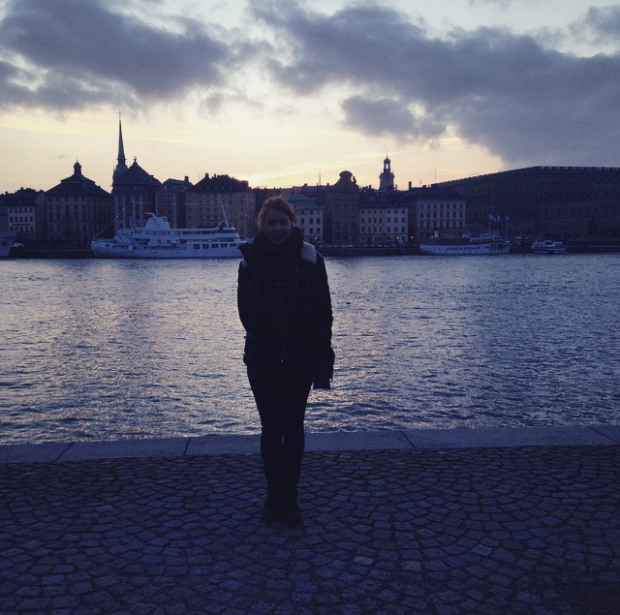 As you can imagine, we were slightly knackered by this point, so made our way back to the hotel and collapsed in a heap.

The next morning we knew that we were flying, so we checked out, left our bags in reception and then jumped on the metro and went down to Sodermalm. I was really excited about Sodermalm, hearing it was like the San Francisco, or Brighton (where I live), of Sweden. I think I must have gone at the wrong time. It was a Sunday morning and lacked a lot of life. We went into Louie Louie which I’d seen recommended on a lot of blogs, and I think if you lived there would be a cool local haunt. Nothing particularly special aside from a nice atmosphere and not too much expense.

So we hot footed it back up to Gamla Stan and had a wander round some souvenir shops, before going into the Nobel Museum (included in the Stockholm pass), which is a museum about all the people that have won nobel prizes. It was incredibly informative, and somewhere I could definitely spend a whole afternoon, even though it isn’t that big. It was well laid out, had some very interesting artefacts donated by winners and again, a lovely atmosphere.

This is something I have really noticed in Scandinavia – it is so much calmer and cleaner than a lot of other places, which allows for this serene atmosphere. Yes it’s cold, which makes wandering round not that fun, but it wasn’t as cold as when I was in Amsterdam and quite a walkable temperature as it wasn’t windy. If it was I probably would have cried a little.

It’s a great place for families, as well as adults, as they have a dress up section, little crowns for kids, and some other interactive bits… As well as shiny crowns and huge swords.

Time was getting on by then, so we went back up to the hotel in order to catch our bus (passing through parliament, our favourite bakery and in a little sweet shop on the way of course!) We managed to catch our flight, and after a long line at passport control made it back home safely.

I would definitely go back, but not for a few years as I’d like to see the rest of Scandinavia first, but it’s a great weekend break. I would have liked to have gone to a few bars and had a night out, but it’s very expensive and we were completely exhausted! I’d also like to have spent more time in the museums, and to have gone to some more of the royal residences of which there are many, but all in all, I think we did pretty well for the time we had!

I think I’ve covered everything? If not, give me a shout and I’ll include it.

Well done for getting through this ridiculously long post! I imagine my next one will be about Croatia, which I am in the process of planning at the moment. 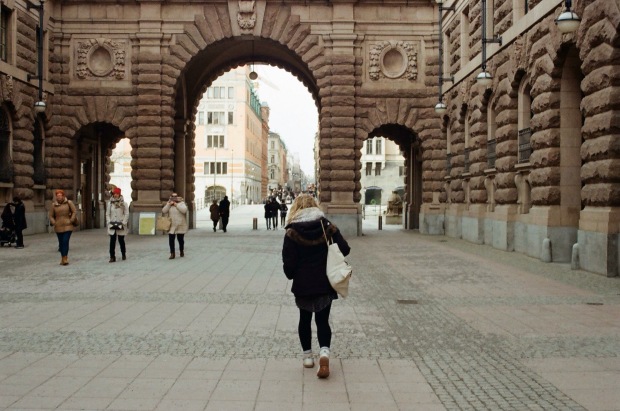 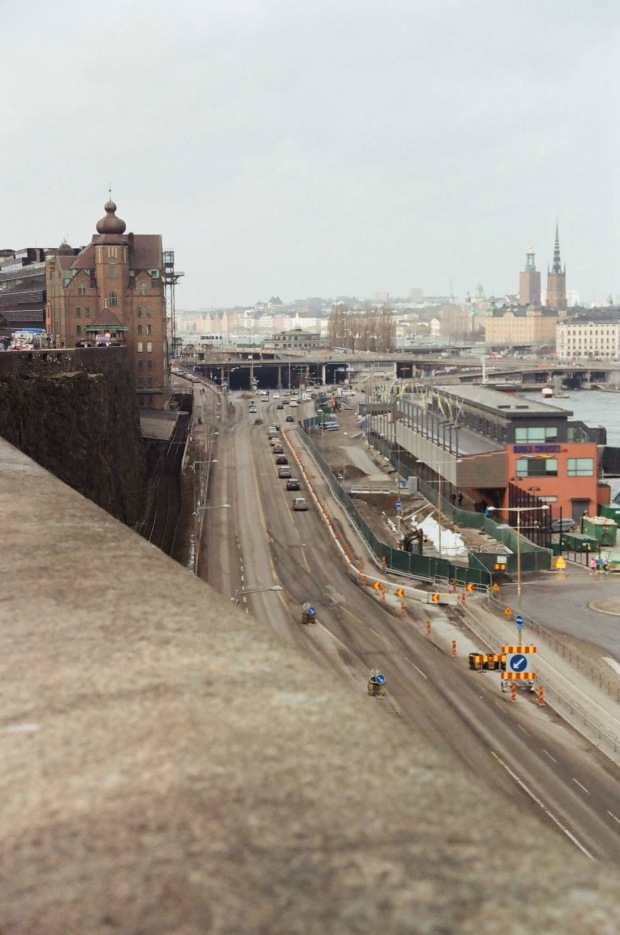 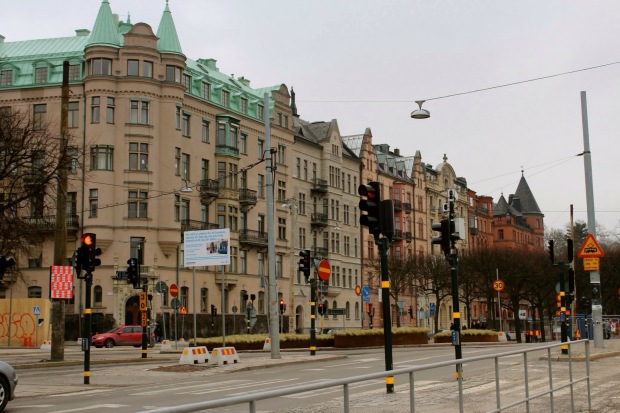