In December of last year (2014), I took a trip to see my very good friend, Karolina, who lives in Amersfoort. As she is an excellent and incredibly lovely person, she welcomed me into her home and then showed me around.

Now, I know Christmas travels aren’t always at the front of people’s minds as Christmas itself is, but I will say, this trip really made Christmas for me and it didn’t break the bank, which is always a win. I flew on Easyjet and then once there, Karolina sorted me out a card for trains/trams etc, which we topped up as we went along. Also, she had a card which meant that when I was with her, I got a discount as long as we put it on using the machine to show we were travelling together.

That might not necessarily apply to most people, but if you’re going to visit someone then perhaps it’s something you could look into. Even if not, a travel card is a great thing to purchase and saves a lot of hassle. Like an Oyster card, you just tap in and out for each journey.

Amersfoort is not far from Amsterdam, and I must say, it’s rather lovely. The cobbled streets are full of bars and restaurants, and worth a visit if you’re there for a little while.

I arrived on a Thursday evening, and was a bit knackered, so we just grabbed a burger and went to bed ready for an early start. I must say, everyone truly does speak perfect English, but having someone there that spoke the language made things a lot easier. Though sometimes amusing, as I had absolutely no idea what they were referencing when they spoke. Thankfully I trust her, or I would be worried about what I ended up eating.

The next morning we got up early, and got the train into Amsterdam. I’m not going to lie, it was cold. Like, really cold. Both wearing about five layers we were ok wandering for around 20 minute periods, but if there was a chance to be on a tram instead of walking I leapt at it.

It had a lovely Christmassy feel to it, and there was a hubbub around every corner. We went to the Van Gogh Museum, the RijksMuseum, wandered into the beautiful art deco Pathe, ate some dutch pancakes and got some beautiful tea and cake.

I think we got to everywhere we went just at the right time: the RijksMuseum was quite quiet, though to be honest, it’s huge. We were there a good while until our feet hurt too much, and still only covered about half. This may be due to my ignorance when it comes to art, but I learnt a lot while I was there, especially about Dutch Art. To be honest, I had no idea that some of their most famous pieces were so famous.

The milkmaid is my Lil’ Sebastian. I just. I don’t understand. I don’t mean to offend with that comment, but if it hadn’t been mentioned to me I wouldn’t have guessed. The Night Watch and the pieces by Rembrandt were beautiful, on the other hand. The sheer size of some of the pieces was insane. How they got some of them in I don’t know. I know the whole place was recently remodelled, and a documentary has been produced about it, but the only one I’ve heard about was all in Dutch, so I might try to find one with English subtitles and report back.

After this, we went to the Van Gogh Museum, which for the size of the building was smaller than expected. I believe they’re building an extra bit on at the moment. It was a lovely museum though, and great to see so many of his sketches and letters. They also had a lot of pieces that are thought to have been his inspiration, which was interesting. Plus, I had no idea just how little known he was before he died and how much it took to get him to be so famous today.

I would definitely recommend both museums, but I would say, as I’m sure is fairly obvious – get there early.

We spent a lot of time wandering around, and did wander into the red light district, which to be completely honest yes, was odd, but also strangely normal. It was obvious that a lot of people were just going about their day, and a lot of people no longer paid attention to the windows.

I think my favourite street out of the red light district, was the one that had the Christian Youth Hostel slap bang in the middle of it. Just because.

After this, we grabbed a drink at a student pub Karolina recommended, went to her friend’s art gallery and then went home for hot tea.

Two things about tea – firstly, they don’t have it with milk. If you ask for it with milk, it’s a very alien concept. Secondly, they are very trusting with their tea bags. In train stations etc, if you ask for tea you are given water and then the tea bags are left in sachets just outside for you to choose. If that was England those cafes would not be in business for very long.

I’m sensing this post is already fairly long, so I’ll leave you with some photos, and that I shall come back with information on our second day, when we went to Rotterdam and our third day when we went to see some Windmills.

Right now though, as we were after our hike around town, I’m knackered.

I probably missed some information out, so if you have any questions that I could potentially answer/put forward to my friend/google for you then ask! Also, if there are any vital things I missed, one day I shall be returning, so I’d love to hear! I was only there a few days, so I know I have a lot more to see. 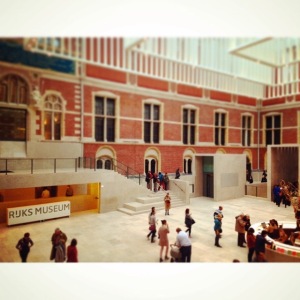 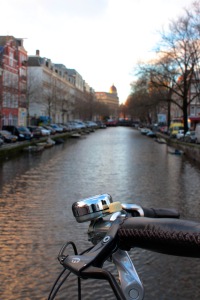 One thought on “CHRISTMAS, CULTURE AND CAKE | AMSTERDAM | WEEKEND WANDERING”