As much as I like thinking about the amazing Jewish food I had in Budapest (Mazel Tov restaurant is incredible), coming across amazing vintage finds in Paris and hiking around the Italian lakes on a sunny winter day; experiences I had in the months before all this came around, and as excited as I was to write about them, posting about these things right now feels a bit like rubbing salt in the wound.

Don’t get me wrong, I still enjoy reading other people’s posts on their adventures and looking at influencers’ amazing pictures of last year’s beach vacation: it makes for great escapism but it’s not something I want to write about at present.

I mean, I constantly instigate conversations with my boyfriend in which we plot our dream holidays but instead of spending all of my time staring up at the world map we have next to the bed, making a mental note of all the incredible places we’d like to visit one day, I’m actively attempting to make the most of the little things around me, as opposed to dwelling on anything else.

As a result, I’ve decided to post a list of the best things I’ve experienced, that have made me happy this week and then continue this in the week’s going forward: I’d love to hear what everyone else has been finding pleasure in.

A lot of these, I believe I would usually take for granted within a busy schedule so it’s lovely taking a step back to consider this – I would usually read a book on the tube for example, the only time I generally find to squeeze a chapter in, but now I can sit in my bedroom, in comfy clothes, with a cup of tea and enjoy reading (and not looking at my phone/emails/the news for a bit).

Here are the eight things I particularly enjoyed this week:

I’d heard a lot about this book but never got round to reading it – I often start books and if they don’t grab me, I take a long time to read them. I don’t like to give up on a book but I will let it drag to the point that I really should have.

‘Normal People’ took me a while to read but only because I didn’t want it to end: it might sound silly but I found myself only reading a few chapters at a time because it was so enjoyable to read, I wasn’t ready to finish it.

I have now completed it and would definitely say it’s one of the best books I’ve read in a long time. It’s very easy to read but has great take aways and 100% makes you think differently after reading it.

Now my challenge is figuring out what to read next… Another Bill Bryson? Or shall I finally pick up Big Little Lies?

I’ve never tried to pretend that I’m green fingered: my Nan has an amazing garden; she has won plenty of prizes for her roses and I grew up with a solid supply of cucumbers, tomatoes, runner beans and other fresh produce from her greenhouse. I however, have never attempted to nurture my own talent – I’ve got a few house plants but my boyfriend is much better with them than me (I either forget to water them or drown them accidentally, it seems).

Saying that, a few weeks ago I decided to plant some sunflower seeds and I’m very excited to say they’re sprouting very well. I’m aware that they’re going to need to be moved to a bigger pot soon but they’re quite happy at present.

If anyone has any tips on when I should move them/the best thing to do with sunflowers in general, then please let me know – I’m all ears! 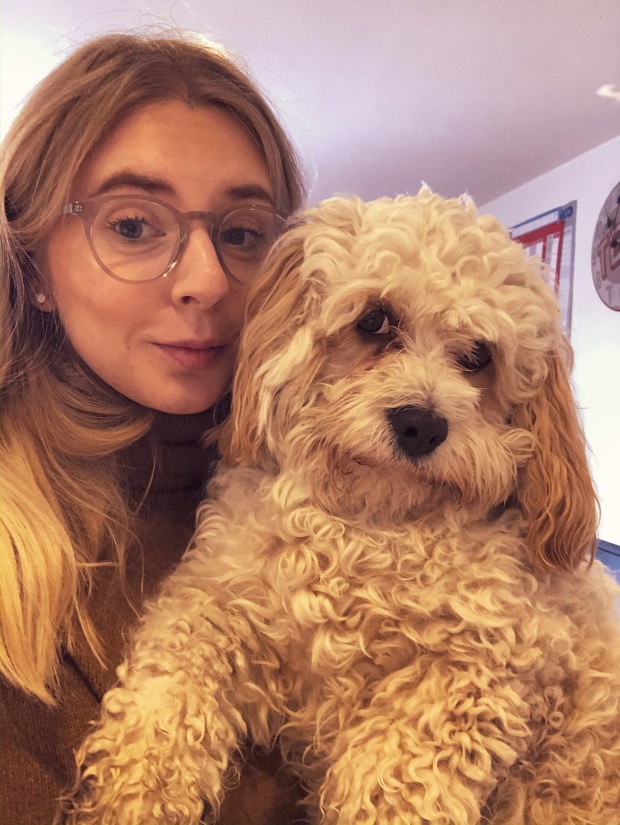 Sadly I don’t have her with me in London at present, instead she is happily running around a large garden/going for walks in the countryside with my parents where she is much better off.

Saying that, my mum sends me regular updates and I often see her jumping into Facetime calls, wagging her tail. As much as I would love to give her a cuddle right now, it’s lovely seeing how happy she is that my parents are home all the time and she can roam around the garden/house, as well as, get attention as she wishes.

I’ve seen a lot of people say it but it really is true – dogs are the ones winning in this situation. 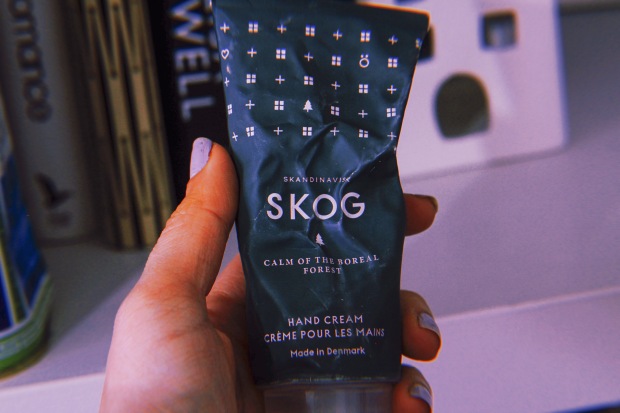 Not an affiliate link or anything (seeing as I have none of those) but I have been OBSESSED with Skandinavisk since I smelled my very first Skog candle. Since then, I’ve built up a collection of their different scents and request one every birthday/Christmas.

I recently found out that as well as doing candles, they also do toiletries and was given this hand cream by my friend Gemma for my birthday last year which has been an absolute saviour in current times, as I think everyone is finding – my hands are the cleanest they have ever been but also incredibly dry.

This cream has revived them somewhat and also given me the luxury of being able to smell my favourite scent at almost all times. Something I highly recommend.

In Malaysia, only the head of the family is allowed out to buy necessities at present, to restrict the amount of people out and about, and as a result a lot of people have noticed confused men in the supermarket staring at their shopping lists, unsure what they’re meant to be buying.

Now, my boyfriend (as the picture below shows) is a much better cook than I am and is 100% better in a supermarket situation than me. In fact, I’m well aware that the images above would be more helpful for me than him.

Ignoring that, it does make me chuckle that a supermarket had to release a guide because so many men were confused and coming home to angry wives with say, a lettuce instead of a cauliflower. 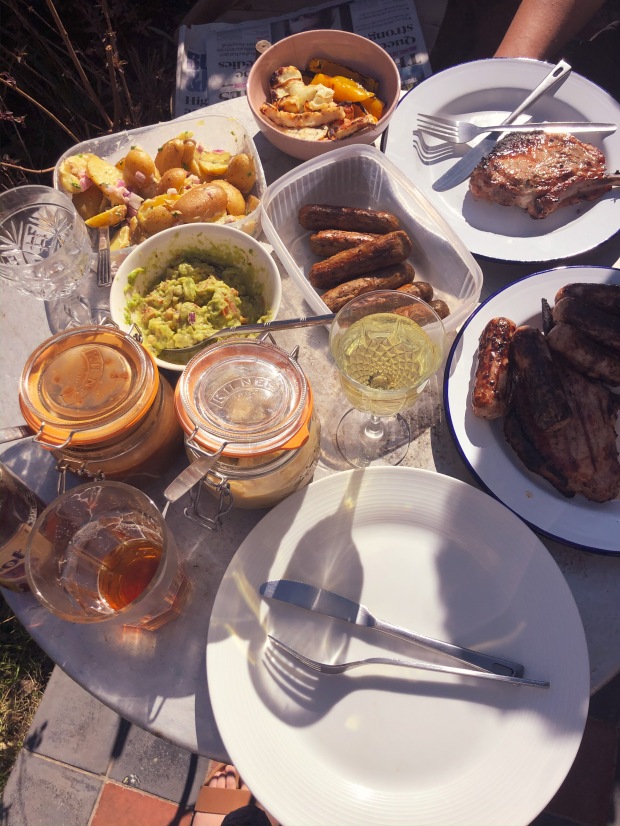 All things considered, we’ve been very lucky with the weather here recently and really tried to make the most of it- we are fortunate enough to have a garden (I know not everyone does, I don’t mean to rub it in).

We laid out in the sun – ok yes, my nose got sun burnt after sitting outside for 20 minutes and I had to sit back in the shade but still; I read my book in the garden while drinking a beer and then my boyfriend made an incredible BBQ (including a great veggie selection for me – I really don’t deserve him).

It’s amazing what a bit of vitamin D can do for you, even if you just linger with your head out the window for a minute.

Up until now I’ve mostly been using my switch to play Mario Kart and Lego games, both of which I tend to play for a little bit but not obsessively. All of that changed when I jumped on the band wagon and downloaded New Horizons – I’d never played it before and I am so glad I got it.

If you’ve never played it, in short you move to an Island where you live in a tent; collecting wood, fishing, picking fruit and then you make tools out of what you collect/sell the excess to buy other things. On top of this, you meet other characters, travel to other islands and generally slowly improve the world around you.

It’s the most gentle game I have ever played and truly addicting. It’s a great escape from what’s going on at the moment and something I didn’t expect to find myself so enamoured with.

Of course, no one should feel that they need to do anything productive in this time. This is why my list is a mix of items, food, experiences… I hope everyone is staying home, staying safe and doing the best they can in strange times, not just for their physical health but also mental.

On that note, what have you been enjoying recently? It could be anything from a TV show, a hug from a loved one or even just a nice pair of socks.