On our second day, we woke up in Lenox and did the short drive into Boston (info on the first leg of our journey here). When we looked at accommodation in Boston, we were blown away – it’s so, so bloody expensive. As in, hundreds of pounds a night. A NIGHT. I understand in cities, hotel rooms can often be a bit pricier but honestly every single place was so much money. Of course, we don’t have that kind of cash to splurge on hotel rooms on a spur of the moment road trip, so we looked at places slightly outside the city centre and found the Farrington Inn, which is not far from Boston’s green line, so getting into the city centre itself wasn’t really an issue.

Now, we found the Farrington Inn on Hostel World and although it was quite a bit cheaper than places in central, I want to point out that it was still £120. For one night. Honestly, prices in Boston are absolute madness.

Anyway, we of course weren’t expecting luxury but my god, this was the worst place I have ever stayed. Hostels tend to get a bad rep but personally, I’ve always had good experiences with them and they’ve been pretty nice. I will say, the people that worked there were lovely, the room had everything we needed (including a huge tv) and the parking was free, so that in itself was nice. My main issue with the place was the smell. Every space in the place had a new, weird smell. To be honest, I think it is just old – everything was quite worn and a bit shabby. 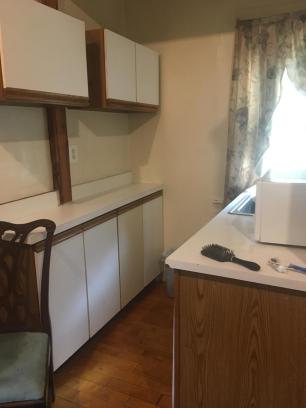 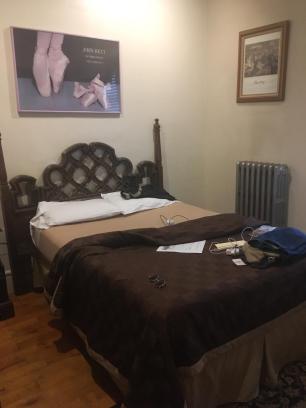 At the end of the day, we were only there for one night, we had a roof over our heads and we got to see Boston without breaking the bank. I can’t say I would recommend it necessarily but if you’re looking for somewhere cheap, this place provides that option. I’ll leave it at that.

We arrived at about midday, got the subway into town (which was very confusing because it starts out above ground and then goes underground) and then we walked around the Freedom Trail. I had heard about the trail before and knew it was ‘the thing’ to do there but in all honesty, didn’t really know what it was until we were doing it. You may be smarter than me and already know what it is but if not, it’s basically a trail of collated historical sites like churches, graveyards, parks etc, that are linked by a line on the ground. It’s really easy to follow and you do see a lot of people doing it.

It was absolutely boiling hot when we were there, which was odd, so the walk in itself was quite tiring but it was really nice. There is so much history to Boston and it’s a lovely, busy city; as well as historical buildings, there are a lot of new ones mixed in, so there is a lot to see. We only had a day, so did our best to see as much as possible – the Freedom Trail is a good way to do this. 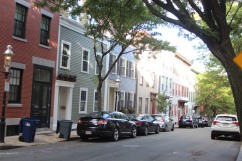 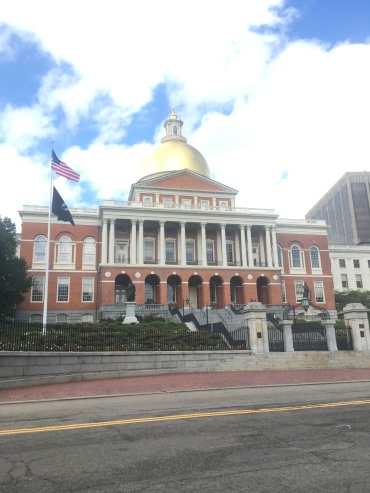 The stops on the trail are:

… So quite a lot of stops. Each one has a plaque outside with information about it and the whole thing can be done in a few hours, dependent on how long you want to spend at each place.

We also saw a cute dog while sitting in a park, so I would recommend stopping for longer in parks if this is something that interests you. I actually saw a lot of cute dogs while we were there – 11/10 for dog spots.

After the Freedom Trail, Hamilton and I got a couple of drinks at a cute looking pub (where all the waitresses were wearing gym gear for some reason), then we went to Faneuil Hall where we got classic Boston meals – chowda. I had Oyster Chowder in a bread bowl, which I had never eaten before and surprised myself with how much I liked it. It’s one of the most filling things I’ve ever had but it was also really tasty; I’m happy to say that the first place I tried it was within Boston itself.

It was getting later by this point but not late enough that we were ready to go back to the weird Inn, so we (for some reason) decided to go to a tequila bar. I don’t even really like tequila BUT I liked the hostel even less, so it made sense at the time. It was an odd experience, mostly because the bouncer asked us for more ID than our driver’s licences (which we didn’t have) and questioned us intensely about them before giving us the go ahead… After bending the licences against his chin. No, I have no idea either. We both had cocktails at the tequila bar and although they were delicious, they were very expensive so we couldn’t stick it out much longer – we had to get back to the Inn.

We got the subway back again and I’m still confused by the system. Well, the map and route itself was very easy. It was the paying that confused us – where we got on there was no ticket machine and the barriers just open when you walk through them at the end. I’m not condoning not paying for travel in any way, I’m just saying that we couldn’t figure out how to. We’ve got so used to using contactless in London, any other system flummoxes us. Once in Boston, there were ticket machines and everything made sense but I don’t know how you get on at the other stops and pay.

It didn’t take us too long to get back to the hotel and once there we went straight to bed. We both slept pretty well surprisingly but woke up early. We checked out of the hostel, got the subway back into town and this time did the Black Heritage Trail, which is another delightful walk around town. It takes you round an area called Beacon Hill which is beautiful and well worth the visit. Whilst there, I saw the most adorable US post office I have ever seen and even posted a card in there. It was that nice.

We did also see a huge dead rat but some nice men pointed it out to us, so we did not step on it. I will count that as a win.

From here, we got the subway out to Harvard University. My goodness, it’s the most beautiful campus I have ever set foot on and made me want to go back in time, get rich and better grades, then study there. It’s a little out of town but well worth a visit. We had a lot of fun pretending to be students (while we are still just about young enough to pass as them), I must say. 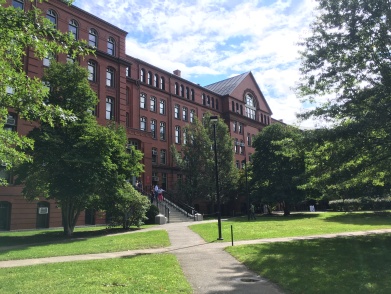 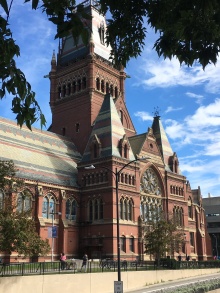 There’s a lot more to Boston than what we saw but I think we covered pretty good ground considering the short time we were there – I would definitely love to go back and visit all of the museums there, and go to Fenway Park and the library, but we had to get on as our next stop was calling. (Metaphorically, not literally)