And suddenly, the third day was upon us. It came round very quickly and proved a point about making the most of your time. I think we had done pretty well so far but this day really showed you can always do more.

It wasn’t the best weather so it worked out quite well for us that this was our museum day – we jumped in a cab and headed north to the upper west side. I had made a breakfast reservation at Sarabeth’s, not far from the Natural History Museum, which made the morning quite easy. I used opentable to book most things in New York so I could change things when I had wifi without having to make any expensive phone calls. The internet is pretty damn good right?

Once we’d had our eggs (easy over), it was a short walk to the museum. It was our third and final day with the New York Passes (another reason for choosing this day for these activities), so we made the most of it.

I’d seen the American Museum of Natural History in a million and one things – How I Met Your Mother, Men in Black and of course, Night at the Museum, so I thought I had a pretty good idea of what it was going to be like. Honestly, I completely underestimated it. It is HUGE. There are so many wings and floors of completely different things. I will admit we got pretty lost inside.

My only discrepancy with natural history museums is that of course, they’re full of dead things. I can’t complain that much however, seeing as I’m not a huge fan of zoos and animals being kept in cages so would sort of rather this. I know that the animals in these museums are very, very old and they don’t kill animals to be stuffed for them any more, so to an extent its a good way to see exotic animals (even if they are dead). I do still find it a bit sad though.

Of course, there’s way more than just dead animals in there. They had a huge section on astronomy and of course DINOSAURS, including some actual genuine bones, which I don’t think I’ve ever been able to see. Its nearly always casts of the bones. Maybe America is a bit more trusting with people than the UK. That or they’re less clumsy, who knows? 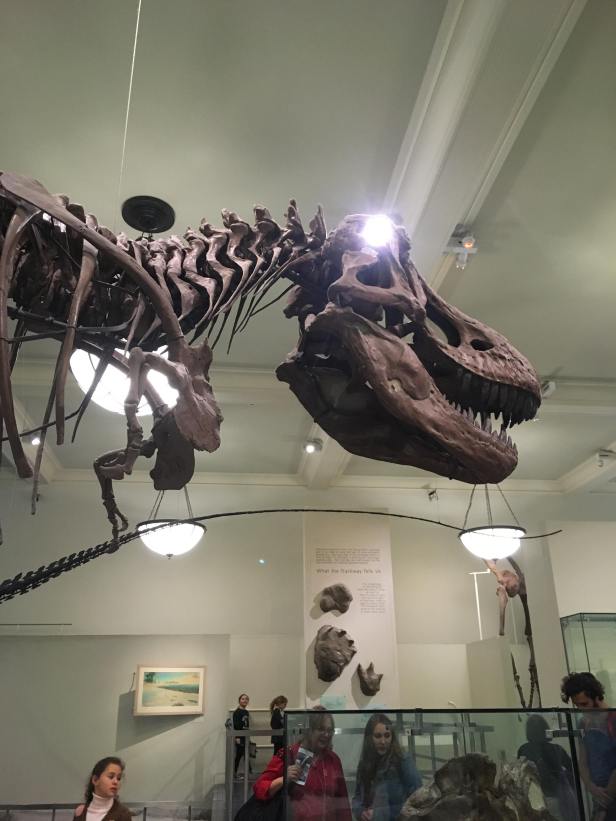 After a few hours wandering in there, we walked through rainy Central Park to the Met (not the best climate to see it in I know, but it was January so we took what we could get). 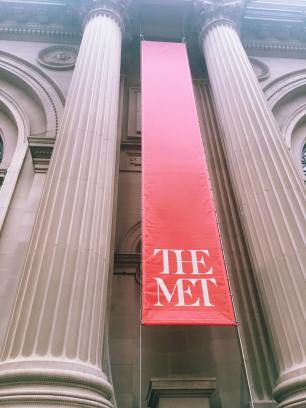 Art museums are my absolute favourite and the Met blows most of them out the water. They have the most INSANE collections of things in there, including things that I personally just couldn’t believe were inside. For example, an actual physical building, the Neoclassical Facade of the Branch Bank of the United States and the Egyptian temple of Dendur. Plus they have a wide variety of sculptures, paintings and artefacts, including works by Pollock, Van Gogh, Goya, Rothko, O Keeffe… its almost never ending. 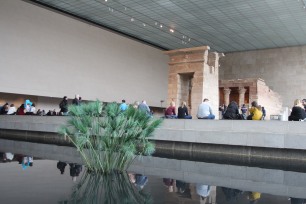 I also got to see David Hockney’s exhibition which I was ridiculously excited about – I tried to see it when it was at Tate Britain in London but tickets got too booked up and I missed out, so I couldn’t believe my luck when I saw all the signs for it at The Met. It was incredibly busy (surprise surprise) but that didn’t dampen our spirits. Its one of the best exhibits I’ve ever seen and I’m so happy that I got the chance to. It was especially nice because we had the New York Pass which meant we technically didn’t pay to get in. In London most of the art galleries/museums are free, you just have to pay for the special exhibitions, so I felt like I’d saved some money there (even though we flew halfway across the world in order to do so meaning we didn’t really). 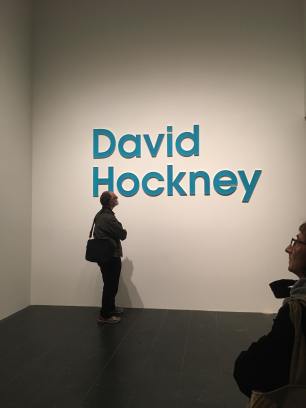 After seeing that we got some lunch in one of their many canteens before heading to our final museum of the day – The Guggenheim. Due to my lack of research (very unlike me), we were caught unawares to the fact that it was being renovated, so only about a fifth of the museum was actually open. We went in anyway and had a wander round but didn’t spend too much time there simply because there wasn’t that much to see. It wasn’t the end of the world though as it gives us an excuse to go back. Plus the architecture of the building was still available to see and that’s one of the best bits. 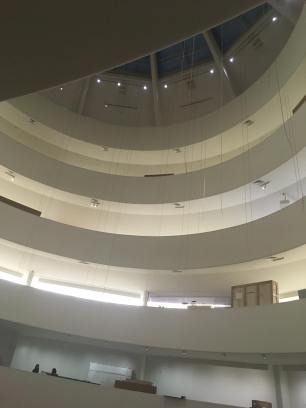 Our feet were pretty tired after all the museum exploring so we headed to my next reservation – a little local wine bar only a five minute walk from where we were, the Bocado Cafe. It was a little expensive but considering its location, it was to be expected. The atmosphere was great; full of fancy writers and other creatives, sipping wine and enjoying the great food. I had halloumi and I’m still thinking about it.

After we had more than our fair share of wine, we hailed a cab (always proud of myself when I manage that for some reason) and successfully told him the directions to our hotel in a way that he understood (also proud of myself for that).

… And that was day 3. Our feet may not agree but it felt like it went incredibly quickly.