William Shears is a 19 year old Brightonian travel film maker that recently took a year out and went travelling around Asia. I met him whilst he was doing work experience on my team at a TV production company I worked at, where he told me all about his adventurous plans, and it’s lovely seeing them come to fruition. You can really sense his passion for travel, through his words and work; after seeing his video ‘How To Motorbike Vietnam’, I thought it would be a good time to catch up and hear straight from the horse’s mouth about what he’s been up to.

Find my interview below and then watch his video:

Hi William. Thanks so much for taking time out to speak to me. Could you give a little overview of your trip to Asia?

One of the places I visited was Vietnam, where I bought a motorbike and took it from the capital, Hanoi, to the southern city of Ho Chi Minh.

Which places were your most and least favourite along the way?

I hated any section which had lots of trucks. In Vietnam the truck drivers see bikes as ants and if they hit you they will just continue driving along the road while you have a broken leg or even worst! I only had one day when I was on a truck road and it was almost certainly the most terrifying day of my life! But that was only one day of a 30-day trip. Some of my favourite places were when I was riding through the Vietnamese jungle. There’s this section called the West Coast Ho Chi Minh Highway; this is over 200 km of road with absolute nothing along it apart from stunning jungle. On that day I only saw three other motorbikes! If you’re going to ride a motorbike down Vietnam, make sure you do the West Coast highway!

What is Vietnamese culture like – did you see anything you wouldn’t expect to see whilst you were there?

Yeh, I suppose the most eerie thing I saw was the remains of the Vietnam War. At one point I was driving along this road and saw a field with red tape all around it. On the side of the road there was a sign saying ‘mine field clearance’. It is clear that the horrors of Vietnam War still loom over much of the population. At the current rate it will apparently take more than two hundred years to clear all the unexploded devices.

Wow. That’s insane! And such a long time. Aside from that, what do you remember most about the journey?

Every time you would stop for lunch on the side of the road there would always be the old Vietnamese guy who wanted to do rice wine shots with you. One time I ended up spending four hours having lunch. I didn’t catch a single part of that lunch on camera for some weird reason….

How was it having a bike there?

I had been out travelling for a few months before I got the bike, it was nice to have an element of responsibility again. So much of the time when you are travelling you only need to worry about your backpack and that’s all! Having a motorbike, I had to make sure that it was working and continually getting it checked up. It was nice to own something other than just a backpack and passport!

Obviously you hadn’t ever ridden a bike before in England never mind abroad! Did anything extraordinary happen to you whilst you were there?

I guess I was pretty lucky! I fell off my motorbike right at the start of my trip, but that was the only ‘accident’ I had. I met quite a few other travellers though who had some nasty looking cuts and two who even had broken limbs. The trip definitely has an element of risk, and everyone who is going to do the journey definitely needs to understand what those risks are.

You said a lot of people have motorbikes – does this make it easier or harder?

The traffic is crazy and takes a while to get use to it, but after I had got accustomed with the Vietnamese traffic laws, It was fine! The major plus with all the bikes is that everybody can fix the problem with your bike.

Are there any other countries you would consider travelling via motorbike?

I would love to go and ride a motorbike in Nepal, mountain roads seem to be built for them!

Would you consider having a bike at home?

No, I don’t think so. Motorbike crashes here seem far more severe. In Vietnam you’re lucky to reach 60 km/h compared to 120 km/h in the UK! I think it would be like learning a completely different language.

You said you did get a chance to socialise – who did you meet? Also, would you recommend other people to do the trip in the order you did it, seeing as it was easier to sell your bike? Was that why it was difficult to meet up with people – because they were going the other way?

I think everyone who motorbikes Vietnam on their own will have a few nights in Vietnamese hotels with nobody else, whichever way you do the journey. And that part of the journey sucks! However, it made the next night at a hostel 20 times better. Even though I hated spending time in the hotels on my own, I loved riding alone! It was liberating to be able to do whatever you wanted to do without having to deal with someone else’s broken down bike or them wanting to do a different section.

Would you do it again?

YES! It was an amazing experience; I think if I was going to do the trip again I would spend longer up in the North, where it is very mountainous. You would be lucky to see more than 30 people on some stretches of the road up there.

This was just one part of your trip, where else did you go?

I spent quite a bit of time in Nepal during April. I did the Annapurna circuit which took three weeks, the day we got back from this incredible trek the Nepal earthquake hit (You can see William’s account here). The quake made me fall in love with the country even more! Their generosity and kindness was incredible!

What other trips do you have in mind for the future?

I would love to go and ride a motorbike around Nepal, but apart from that I haven’t got much planned at the moment.

The footage looks great. What kit did you use to film?

My Vietnam film was completely self funded so my budget was pennies. I used a Go Pro 4 and a cheap mirrorless Panasonic camera with a gorilla tripod. Every evening I logged all the video footage from the day on my laptop.

The message you put at the end, about not having to explain your dreams to anyone else; did anyone question what you were doing?

Hahahaha, I didn’t tell my mum and dad about the journey while I was doing it, they found out once I had sold my motorbike. I had wanted to do the journey for a long time, and done a lot of research on the journey even before I left the UK. I was probably the one who questioned what I was doing the most!

Also, do you think that translates into any other parts of your life?

Hmmmm, I guess so. I think too many people question their dreams and put a stop to doing them. The last lesson really summed up the seven months I spent travelling. When people ask why did you go and do it, I find it impossible to explain.

I hope everyone enjoyed the video; if you want to see more of William’s work, you can find links on http://www.williamshears.com and You Tube. 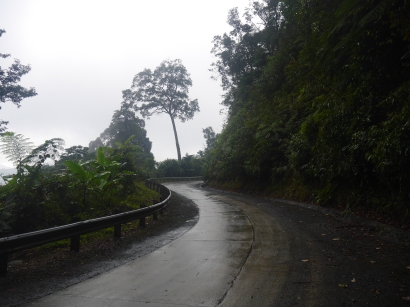 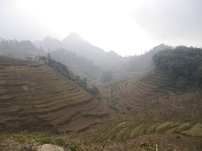 I must say, it was the last point that really got me thinking; I’m sure most of us have dreams, some of which we daren’t consider doing, partly because of our own inhibitions but also because of what we worry others may think. Shortly after watching his video, I made a bucket list and I truly intend on doing every single thing on it. I’ll share it with you soon.

2 thoughts on “INTERVIEW: HOW TO MOTORBIKE VIETNAM”